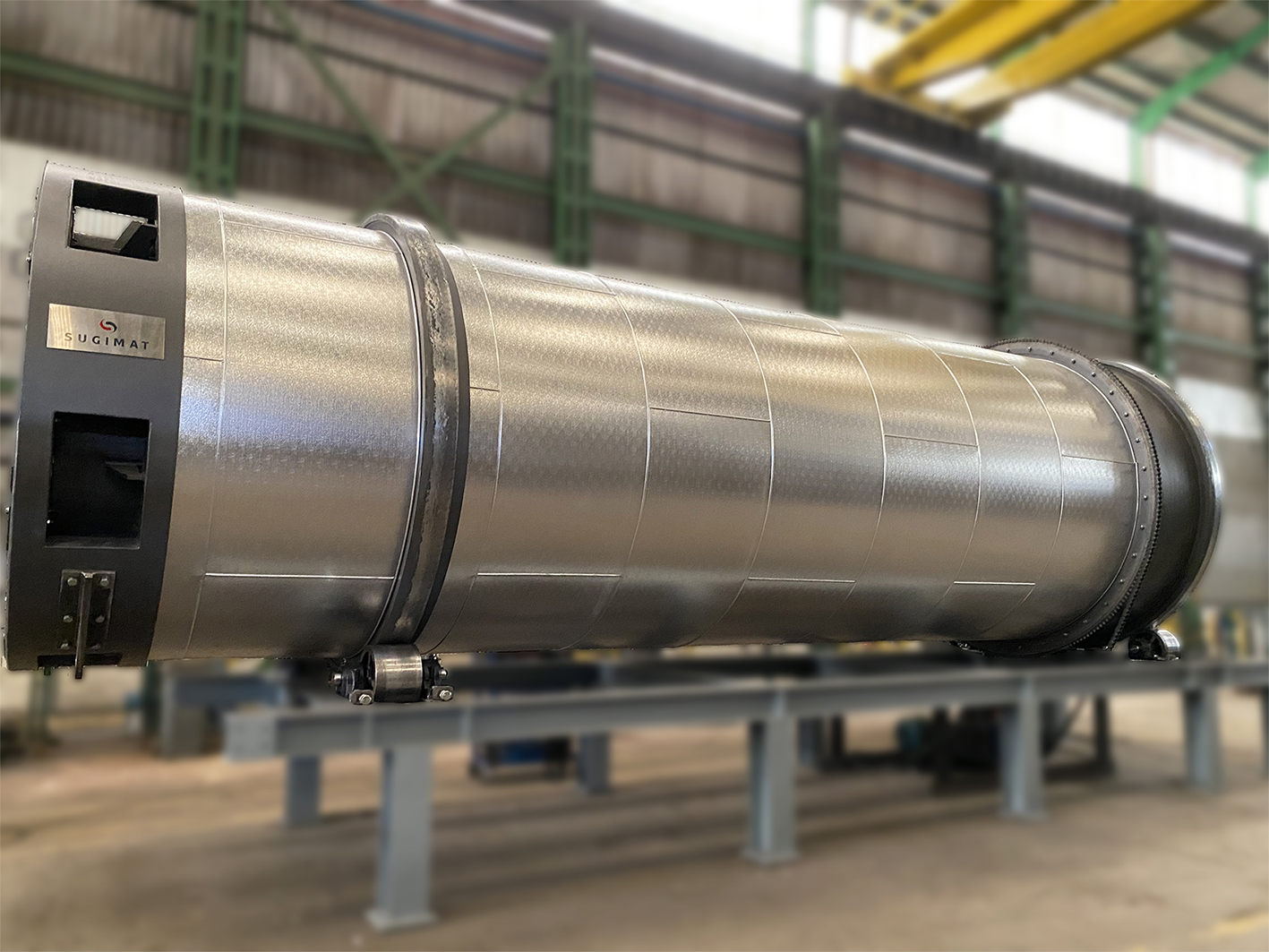 Horizon +, the new concept of water-tube boiler developed and patented by Sugimat is based on a self-cleaning rotary boiler that effectively combats fouling and the formation of deposits inside the boiler, which makes it a unique and innovative model in the market. The boiler, designed to work with waste combustion gases, supports fuel with a high percentage of ash.

Sugimat launches the Horizon +, a rotary water-tube boiler with a self-cleaning system designed to work with gases from the combustion of solid waste. Its operation is based on the rotation of the boiler, which causes the ash to be dragged between the flue gas passages until it is evacuated. All this is achieved by means of an aggregate injection system that guarantees the cleanliness of the tubes. The new boiler model, developed by Xavier Mas, Technical Manager and R&D of Sugimat, is able to withstand very high levels of ash in its composition, maintaining constant performance throughout the entire operation time.

“Another of the advantages in front of the boilers with conventional cleaning systems is the saving of self-consumption generated, since it does not need maintenance stops nor compressed air system for its cleaning”, says Xavier Mas. In addition, the Horizon+ avoids dead zones in the boiler caused by the preferential paths of the combustion gases, as happens in static boilers. In addition, it has a wide versatility in its assembly, allowing the installation to be at a low height, saving building and civil works costs.

The Horizon + boiler is manufactured in ranges of up to 12 MW of power and can work with fluids such as thermal oil and hot or superheated water. In addition, it is able to adapt to different combustion systems such as mobile grate, fluidised bed or upwelling furnace.